This afternoon we have Science and then we will start our new class book!

LI: To investigate the brightness of a lamp with the number and voltage of cells used in the circuit.

What have you learned so far about electricity? What do you already know? Make notes/ tell your partner.

Start by recapping what you have learned over the last two weeks in our new topic 'Electricity'. Use this program Blobz; read the information then complete the activity and quiz for the first three sections (we will look at 4 and 5 today).

Last week you began thinking about how the appliances are powered.

Where do they get their power from? How much power do they need? Follow this link and look at this videos about what power really means: https://www.bbc.co.uk/bitesize/topics/z2882hv/articles/ztyjmsg

Now, due to our current situation, obviously we are unable to try this investigation in 'real life' but you can use Section 4 (Changing circuits) -> Activity (photos below): 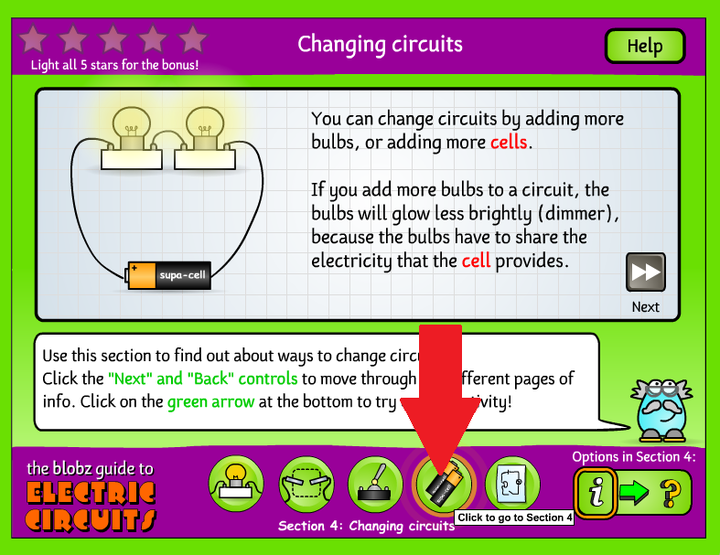 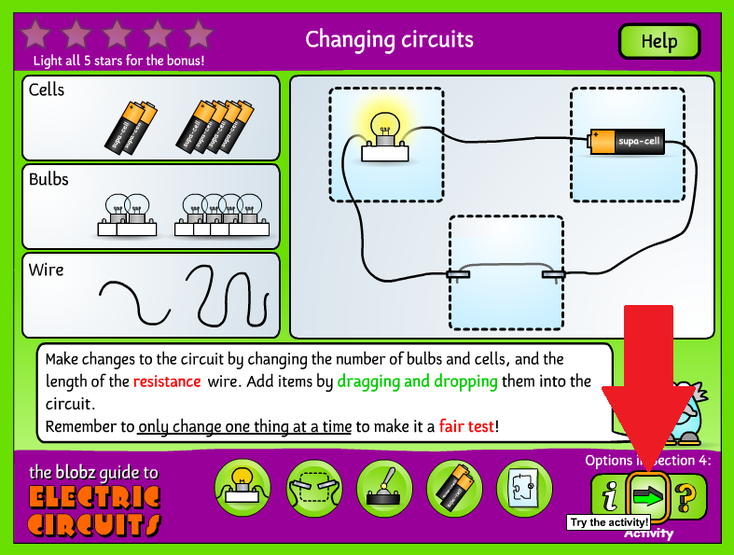 We are now going to begin our new class audiobook.

Begin by looking at the front cover, the title of the book and then read the information below:

10 minutes: Discuss with the people around you (or make notes if you are alone) what you think the story is going to be about. What do you think is going to happen? 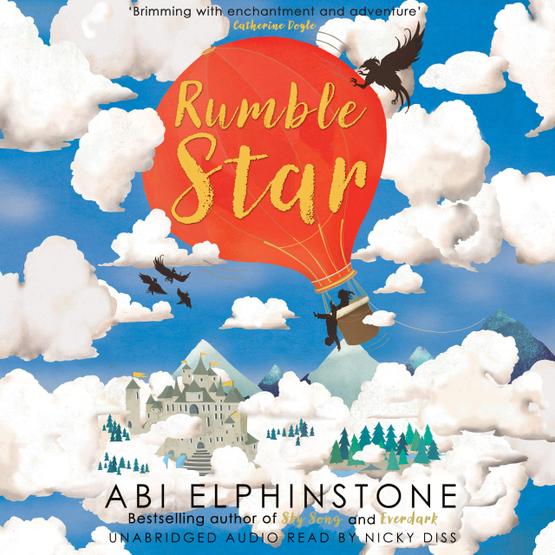 Eleven-year-old Casper Tock hates risks, is allergic to adventures and shudders at the thought of unpredictable events. So, it comes as a nasty shock to him when he accidentally stumbles into Rumblestar, an Unmapped Kingdom full of magical beasts.

All Casper wants is to find a way home, but Rumblestar is in trouble. An evil harpy called Morg is sending her followers, the Midnights, into the kingdom to wreak havoc and pave the way for her to steal the Unmapped magic for herself. But Casper cannot turn a blind eye because the future of his own world, he discovers, is bound up with that of the Unmapped Kingdoms.

And so, together with Utterly Thankless, a girl who hates rules and is allergic to behaving, and her miniature dragon, Arlo, Casper embarks upon an adventure full of cloud giants, storm ogres and drizzle hags. Can he, Utterly and Arlo, the unlikeliest of heroes, save the Unmapped Kingdoms and our world from the clutches of Morg and her Midnights?

Now listen to the prologue (9 minutes):

We will listen to a chapter of the book each day. Sometimes the chapter will be 10 minutes long, other times it will be 25 minutes but you should try to build time into your weekday routine to listen to it.